Signing of the Risorgiva Contract

On September 29th 2020 Associations and Public Entities signed the Risorgiva Contract as a part of Life Risorgive Project.

The Risorgiva Contract is a voluntary agreement defining a common strategy for the preservation, management and enhancement of local territory and water resources. It also aims to contribute to the protection and local development of the concerned area.

Several public authorities, municipalities and associations have decided to sign the Risorgiva Contract developed within Life Risorgive project, committing themselves to protect the Resurgences and the local environment.

Among signatories there are the four project partners – Municipality of Bressanvido, Veneto Agricoltura, Consorzio di Bonifica Brenta and Aquaprogram – plus several local Municipalities, Land reclamation and Water authorities, trade associations and others public and private entities. Total signatories, at the end of the event, were about thirty.

We thank all the participants of the event, for their commitment, and for their cooperation in respecting distances and hygiene standards. 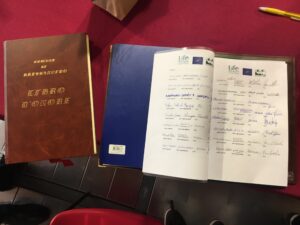 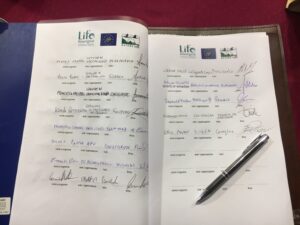 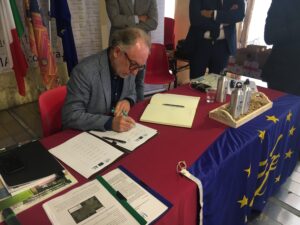 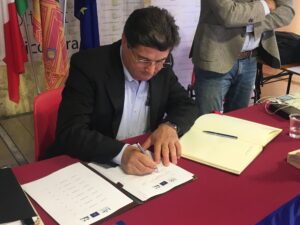 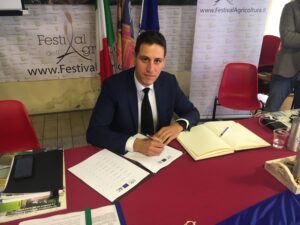 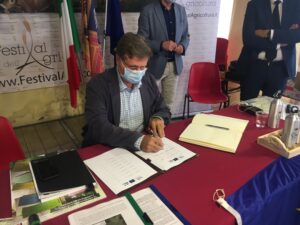 Presentation of new walking and cycling paths and maps